A rare Suffolk Punch horse has given birth to a filly foal following an innovative approach using sex sorted sperm to determine the gender. It’s the first time in the world that this technique has been used to support the survival of rare breeds.

With fewer than 72 female Suffolk Punches remaining in the UK and fewer than 300 in the world, every female born is vital to the survival of this endangered and iconic British horse.

In 2019 Tullis Matson, owner and managing director of Stallion AI Services – a UK based centre of excellence for equine reproduction – and avid supporter of the Rare Breeds Survival Trust, saw an opportunity to use a new technological advancement in the sex sorting of equine semen, to provide a lifeline to Britain’s critically endangered rare and native horses.

“To be able to use our reproduction expertise in this way, to help preserve an irreplaceable part of our magnificent heavy horse heritage is something we have been working towards for many years,” said Tullis. “The challenges have been great and many but watching the birth of this beautiful, healthy filly foal was a truly magical experience.”

The sex sorting project, carried out in partnership with leading bovine semen sexing companies Cogent and Sexing Technologies, uses specialist equipment to sex sort the semen prior to insemination based on the difference in DNA content between X and Y bearing spermatozoa.

Ruby, the Suffolk Punch mare is owned by Nottingham Trent University and the Suffolk stallion Holbeach Iggy owned by Mike Clarke of Holbeache Farm, Suffolk. They were carefully selected and matched based on their genetics as part of a project between The Rare Breed Survival Trust and Nottingham Trent University that uses pedigree information to enable the breeding of small populations in a way that minimises the risk of inbreeding and genetic decline.

Christopher Price, Chief Executive of the Rare Breed Survival Trust, said: “This is tremendous news for anyone concerned with the conservation of our native equines. The most effective way of increasing the population size of this very rare breed is by increasing the number of fillies being born.

“The project demonstrates the viability of using new techniques for selecting female foals in order to increase the breeding population much more rapidly than could be achieved through relying on traditional methods. We hope it will prove to be a model for more projects in the future.”

The application of this technology for equine reproduction was still in its infancy, meaning the preparation of the mare had to be impeccably planned and monitored.

Twemlows Stud Farm, one of the UK’s leading artificially insemination and embryo transfer centres, was selected for this role and the mare was initially inseminated in June, but when scanned was found to be not in foal.

Following a second attempt and a further cycle, Ruby was successfully scanned in foal in August 2019. The work is important because, for endangered breeds, it enables an increase in the number of mares in the population that can be used to accelerate breeding and do so in a genetically sustainable way.

The homeland of the Suffolk Punch was the Norfolk and Suffolk counties of England. They are a heavy draught horse, developed for farm work in the early 16th Century, but fell out of favour after the Second World War as agriculture became increasingly mechanised. The breed was developed by farmers to work the heavy clay farmland and for this they required power, stamina and minimal feather around their hooves, however of equal importance was temperament and the docility of the breed remains unchanged today.

Dr Gareth Starbuck, Head of Animal and Equine Sciences in Nottingham Trent University, said: “The birth of this foal marks a major step towards securing the future of the Suffolk horse and all other rare animal breeds. We are overjoyed that the eleven-month wait has resulted in success and I want to thank everyone who has played a part in it.

“It has been a pleasure to work with the Rare Breeds Survival Trust to further develop the process of mare and stallion matching amongst rare breeds.”

Tullis Matson, said: “The project required significant financial support and we were incredibly fortunate that all involved parties donated both time and resources and we received substantial financial backing from both the Suffolk Horse Society and The Rare Breed Survival Trust, without which we would have been unable to continue.”

“Eleven months on we are delighted to announce the birth of a healthy filly Suffolk Punch foal, whose birth is a beacon of hope not just for the Suffolk Punch horse, but for all critically endangered breeds currently nearing extinction.”

Stallion AI Services is a global centre of excellence for equine reproduction. Over three decades, the specialist team have pioneered techniques which have been utilised in the preservation of many rare species.

Holbeache Farm is a working farm run by Mike Clarke and his daughter Alison. Their passion is heavy horses and in addition to the daily farm duties they breed Suffolk Punches, an endangered species.

The stud is a family business run by Edward Matson. It is one of the UK’s leading Artificial Insemination and Embryo Transfer centres.

Cogent operates the UK's largest bull stud, offering the strongest, most diversified portfolio of bovine genetics available on the UK's genetics market today. Cogent was the pioneer of sexed semen technology and continues its work today to improve the process, research and development of new technologies.

The Rare Breeds Survival Trust (RBST) is the sole national charity which focuses on, conserves and promotes our native livestock and equines. It was founded in 1973; since then, no UK-native breed has become extinct.

The Suffolk Horse Society, founded in 1877, is the breed society for the Suffolk Horse, popularly known as the Suffolk Punch. A registered charity and registered company, the society defines the breed standard and maintains the pedigrees of the population. Their key activities include publication of the stud book, licensing stallions and providing grants and premiums as breeding incentives. 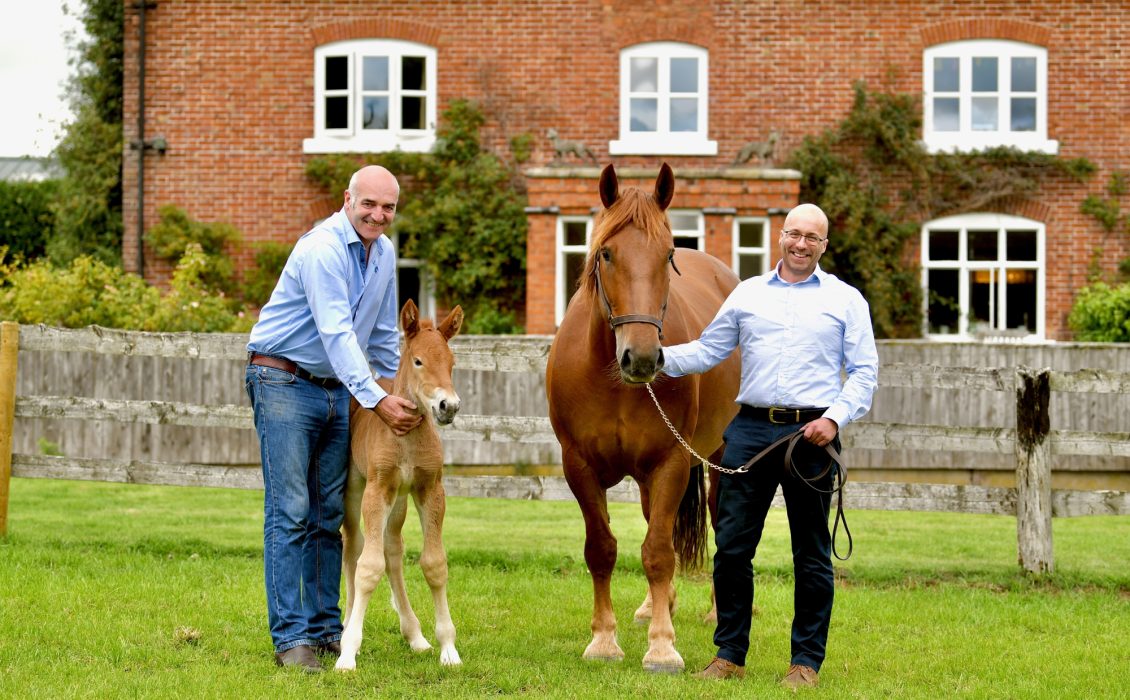