In January 2022 Eamon Monaghan, International Sales Manager Asia Pacific and Middle East, took a trip to Pakistan to visit Cogent and ST Genetics’ distributor ICI Pakistan, meet with some of the country’s officials and take tours of a selection of the larger dairies.

The 7-day trip began in Lahore and covered over 2,000 miles with pitstops made in a diverse range of locations including Islamabad, Multan and Khyber Pakhtunkhwa - an area known as KPK.

Eamon met with members of the two bodies that control the import of semen into Pakistan - the Assistant Animal Husbandry Commissioner, Dr Khalid Ashfaque and the Vice Chancellor of Cholistan University of Veterinary and Animal Sciences, Prof. Dr Muhammad Sajjad Khan - to discuss the potential for introducing the use of genomic semen.

Historically there was no control over the quality of genetics available in Pakistan and this opened the country to an influx of cheap, second-rate semen which prevented farmers making any real genetic progress.

This led to the introduction of a requirement for all semen supplied to be from proven bulls which carry A2A2 milk proteins.

By restricting imports to solely proven bulls, the quality of semen has increased, but for some of the larger dairies over time this has reduced the breadth of the gene pool available to them.

There are three major segments to the Pakistan dairy market says Eamon, the entry-level segment which includes farms with less than 10 cows; the commercial sector comprising farms with up to 1,00 cows; and the corporate sector - of which there are 18 dairies with over 1,000 cows, and some milking as many as 6,000.

He says: “750,000 doses of semen are sold each year in Pakistan and Cogent is one of the leading providers. Most of the commercial and large corporate dairies use 100% AI, but the opportunity lies within the entry-level sector where the use of AI and natural service is about 50:50.

“However, the beef market is virtually non-existent in Pakistan, so our usual sexed and beef strategy is not going to work which means we need to be more innovative in our approach,” he adds.

Eamon visited six of the 18 corporate dairies in Pakistan and although the climate is a factor, he says the majority of the cows are situated in the cooler north of the country. Additionally, most of the larger farms have climate-controlled sheds and cease service between April and September – ensuring the most of cows are in calf before the summer months- relieving the pressure of heat stress on fertility.

The corporate dairies are on average producing about 10,000 litres per cow and the diet mainly comprises maize, much of which is grown on-farm. Eamon says they can achieve up to three cuts of maize per year in some places.

As well as providing genetics, Cogent has been involved with providing large herd consultancy with the hopes of helping to improve farm management and creating the right environment for the genetics to reach their full potential. 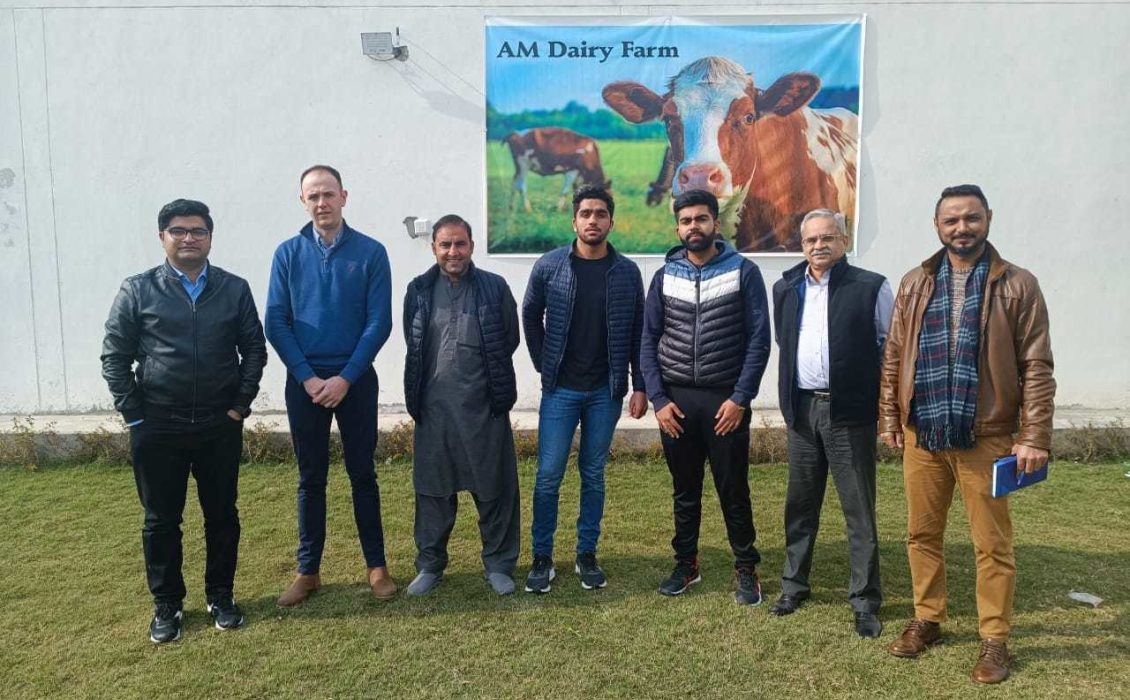