Sexed semen has long been an evolving technology in the world of cattle genetics and now accounts for 30 per cent of inseminations, but despite first being carried out in sheep 30 years ago commercialisation has been slow.

However, AB Europe says their new service will help farmers to speed up the rate of genetic gain in their flock, increase the proportion of female or male lambs born and subsequently improve flock efficiency and profitability.

He adds the advent of sexed semen in the sheep industry will also help to address the age old problem of price differentials between male and female offspring.

He says: “This service will provide a real solution for breeders of horned sheep where we see a much higher price differential between males and females than between male and female mule lambs.

“Also within some of the more exotic sheep breeds there is a significant skew between the sexes. There are usually individual males which have sold for a lot of money but the real money is in the females and often there can be a ten times skew towards them.”

Mr Mylne says they also see a huge future for sexed semen within the dairy sheep and goat sector. Goats will milk for two to three years on a single lactation so getting replacements is an issue, after their first kidding they are not getting pregnant again for a long time so farmers need to be sure they are producing the female replacement they require.

The service will be available on semen collected from the customer’s own rams and it is possible for it to be processed in favour of either female or male sperm cells. There will also be the choice of a low concentration of two million cells per ml for commercial artificial insemination (AI) or four million cells per ml for AI for embryo transfer.

In conjunction with Cogent, they carried out a series of trials on the new sexed semen product and on a total of 400 commercial horned ewes inseminated with low density 2M fresh semen, they achieved a conception rate of 77 per cent, a scanning percentage of 199 per cent and 97 per cent of the lambs born were female. This compares with an average of 85 per cent conception rate achieved by conventional laparoscopic AI service on commercial hill sheep.

Mr Mylne adds: “This season we are planning to introduce the high density 4M sexed semen either within pedigree flocks using ET as part of their regular breeding programmes or to enable the use of frozen 4M semen in normal AIs. This could substantially enhance the flock’s production of either female lines or increase the number of rams available for sale.” 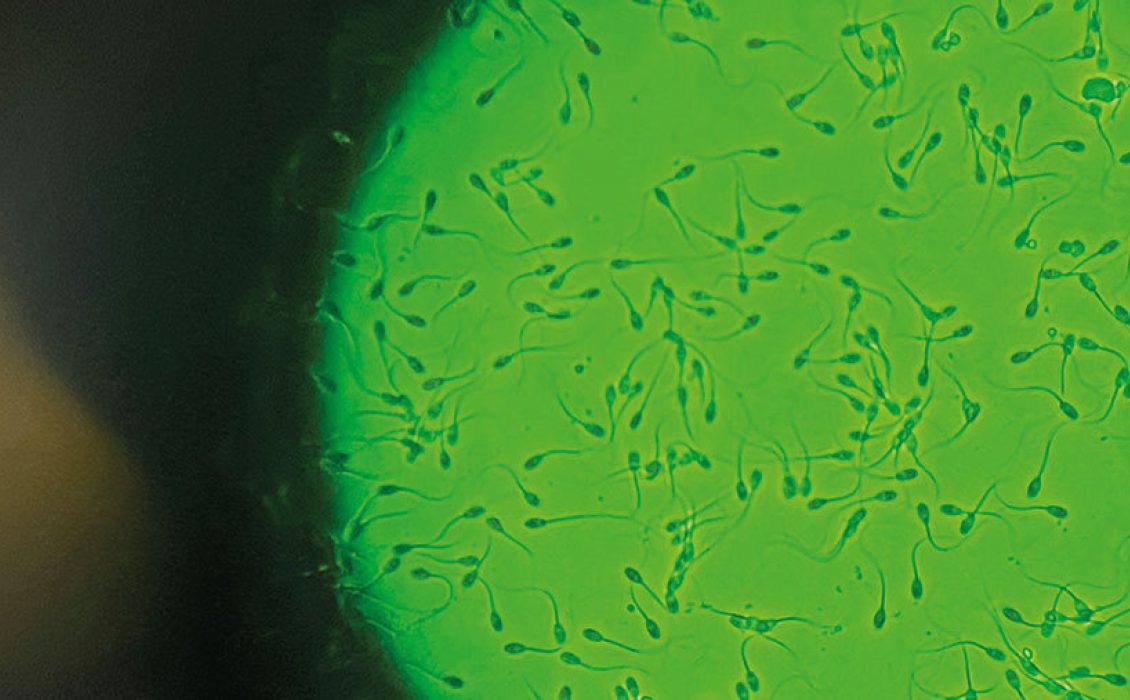