High performance herd made fit for the future

High volumes of high-quality milk combined with increasing income from beef is making a Devon business both it and agile for whatever the future holds.

Improving efficiency and profitability is at the heart of the dairy business at Cleave Farm near Lifton in Devon, where every aspect of the herd’s feeding, breeding and milking is carried out with this key focus in mind.

Some 400 cows producing 11,125kg at 4.3% fat and 3.35% protein on twice-a-day milking provide ample evidence of the policy’s success, but there is far more to the business than simply pushing for milk production.

Low value dairy bull calves are being edged out of the system through the use of sexed female dairy semen; around 25% of the herd is bred to high genetic merit beef sires with the resulting offspring generally finished on the farm; a 50 point rotary parlour ensures the herd is milked in little more than an hour; and a large proportion of the feed – for both the milking herd and the beef cattle – is grown and processed on the farm.

The net result is a thriving business for the Tillier family, whose members involved on the farm include brothers, Dave and Lee, their father, Malcolm, Dave’s wife, Cathy, their son, George and nephew, Antoni.

The family came to the farm, sandwiched roughly equidistant between Dartmoor and Bodmin Moor, in 1972, taking on 265 acres and increasing this to 900 acres today, two-thirds of which is owned.

A switch to north American Holstein bloodlines was made soon after the move to Devon and the family has continued to focus on high genetic merit Holsteins since the 1970s.

Today, the breeding policy is designed to produce large capacity, framey animals, with heifers in particular bred to sexed Holstein semen to produce the herd’s replacements.

“Most of the heifers will be served to sexed as they are our highest £PLI [Profitable Lifetime Index] animals – they are our future,” says Dave. “They also should be easier to get in calf than a cow giving 11,000 litres.

“We’ve always achieved good conception rates with sexed semen, with around 40-45% holding to first service, but we’ve noticed this is improving – now pushing around 60% on heifers – since Cogent introduced SexedULTRA 4M [the high concentration product].”

Also just starting to genomically test the heifers, he says this will be the main yardstick for identifying the best from which to breed the herd’s replacements.

“Our milk buyer, Saputo [formerly Dairy Crest], will be paying more for protein from next April so genomic testing will help to identify the potential higher protein producers,” he says.

Meanwhile, the lower third of the heifers will be inseminated to beef, using high Estimated Breeding Value (EBV) sires to maximise carcase values.

“Our pure Holsteins have not actually been hard to finish,” Dave remarks, adding that the body strength of the herd helps provide frames on which to build the carcase. “They have generally graded -O at deadweights of around 340kg at 24 months old.

“But if you are going to rear beef, you want to make sure you have the best animals you can market,” he says. “If there’s a glut of beef, the Holstein market will be the first to suffer, so it’s common sense to use sexed dairy and beef semen.”

Currently using Aberdeen Angus on a third of the heifers, he says they are generally finished on the farm and have earned a 40p/kg bonus under St Merryn Meats’ Angus named-sire scheme.

He cites Weeton Panther as one which has recently impressed.

“The calves are prick-eared, lively and sucking within 15 minutes,” he says. “They looked like they were going to see me out of the pen. They are lovely calves to manage and we will finish them for the Angus contract.”

For the cows not breeding replacements he generally favours the British Blue and says their calves will make at least £250 more than Holsteins when sold at Holsworthy Market.

“For example, Springhill Improvement is one of the best Blues we have ever used,” he says. “We’ve topped the market with his calves at £450 at less than six weeks old.”

More recently, Kersey Karate has impressed, with the bonus of easy calving.

“We had calves born this spring and they were the best we have had in the last 12 months,” he says. “They had muscling from day one and by six months they were well-fleshed in all the right places.”

With some Blues also finished on farm at deadweights of 340-400kg at 24 months, they’ll achieve grades of up to U, giving an extra 10p/kg.

“We’ve just sold three by Kelwona Jimbo,” he says. “They all graded -U3 at 22-24 months – we’re really pleased with that for a Holstein cross.

“These beef animals are our cash flow,” he adds. “You can always sell stores whenever you want to release money for the farm.”

Also keen on using Cogent Visions bulls including Angus, Limousin and Blues, he says: “I believe someone has to test young sires, and we find it interesting to see how their progeny perform.

“The beauty of Visions is that if you like the bull as a young sire, you can go back and use him again – that will be the case with Weeton Panther; he ticks all the boxes.

“You also receive two straws of free Visions semen for completing the survey form,” he adds.

The British Blue, Springhill Jasper, is another Visions bull he’s returned to use. “We first used him two years ago as a test sire and he produced cracking calves, making £450 at five weeks of age,” he says, adding that those he kept and finished on farm have never graded less than R and some have graded U.

Meanwhile, the Holsteins themselves are bred with equal care, now involving the use of the PedMate service.

First choosing his service sires, initially shortlisting on £PLI and then selecting on fat and protein percentage as well as health and fertility alongside the robustness of conformation desired, he says these will be run through Cogent’s PedMate program.

“We’ll choose around six bulls and Cogent will use pedigree information and our milk records to select the first, second and third choice sires to minimise inbreeding,” he says. “But if the inbreeding is too high, there may only be a first-choice bull.”

“It’s all genomic sires now but we’ll only buy three or four per quarter and move on after that,” says Dave. “We’ll use around 12 bulls a year, and no more than 50 straws of each bull.

“Everything moves so fast now it’s impossible to keep up with the pedigrees so that’s why it’s so important to use the PedMate program,” he says.

The success of the breeding and management policy at Cleave Farm is evident as cows enter the parlour, some giving up to 65 litres a day and the year-round calving herd averaging 35 litres.

But the parlour as well as the cubicle accommodation reveal a further optimism from the family.

“We are quietly expanding by 10 to 20 a year, but if the milk price improved we could buy 200 and milk them tomorrow,” says Dave. “We have room to do it as the cubicle house will accommodate up to 600 cows and the parlour will milk up to 1,000. We would rear the youngstock somewhere else.”

With breeding and feeding also geared towards a modern milk contract, the herd is fine-tuned and fit for 21st century farming. 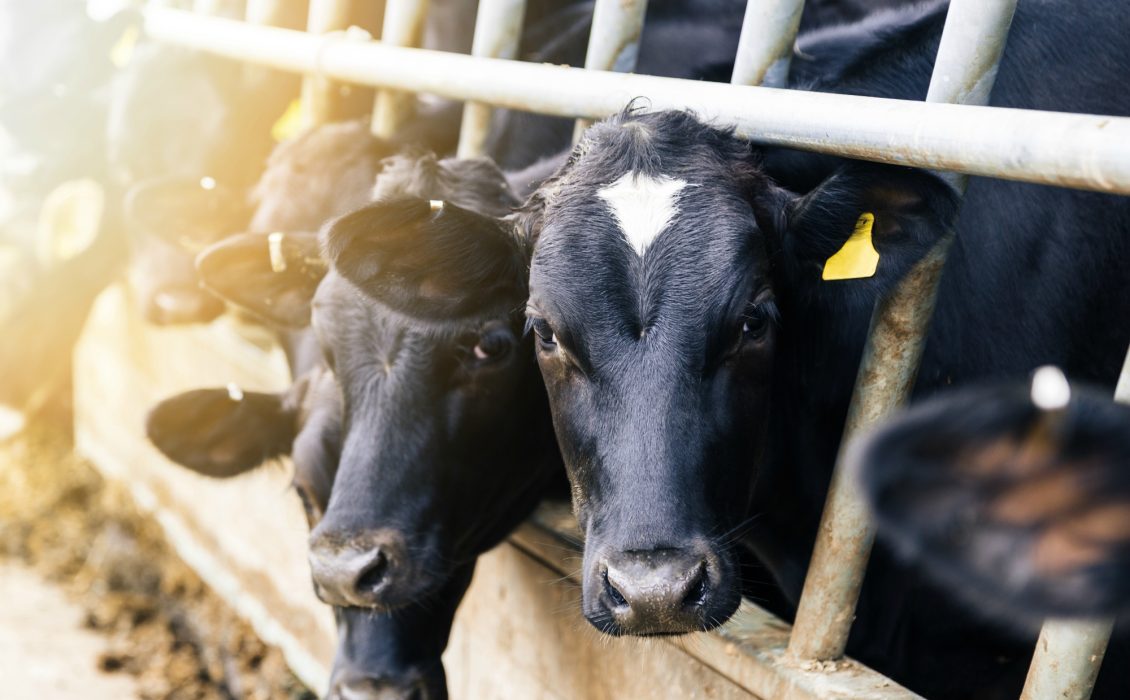