With popularity and success in New Zealand since the 1990’s, is fresh sexed semen the next step in sustainable breeding protocols on British dairy farms? Natalie Noble finds out more.

In Britain frozen sexed semen has gained popularity with dairy farmers, providing them with a sustainable option for breeding heifer replacements without the surplus of bull calves.

But for block calvers with little flexibility in the breeding cycle, there are concerns over the much lower conception rates – in comparison to conventional - associated with frozen sexed semen and the impact extended calving blocks have on profit.

Taking a lead from New Zealand - where around 80% of dairy farms are using fresh semen, Cogent has identified a gap in the British market that might provide an alternative solution to the needs of block calving farms.

In spring 2019 the first batch of fresh sexed semen was produced in Britain, and block calving farms across England and Scotland have been able to incorporate it into their heifer breeding plan, says Rudolph Linde, business development manager at Cogent. “We have seen conception rates averaging 65-68% and heifer calf rate of >90% - so they are very comparable to conventional rates while outperforming frozen (54-56%).”

But Mr Linde warns against chasing conception rates and ignoring other factors. “The doubling of cells per straw and the omitted risk of thawing are going to achieve better results if the conditions are right - you must weed out any factors that are compromising your fertility such as management.

For many dairy farms the heifers carry the highest genetic merit in the herd and are the most fertile. “For both logistical and productive benefits, we recommend using a controlled internal drug release (CIDR) synchronisation programme when using fresh sexed semen to bring heifers to the front of the calving block to achieve additional days in milk and keep them as a collective and manageable herd,” advises Mr Linde.

“This ensures that on the day of insemination you capture all heifers at the optimum point in their cycle. Sweeping them after with a beef breed bull – such as a Hereford or Aberdeen Angus - or serving with conventional beef semen is then going to ensure all heifers enter the dairy and any bull calves produced have higher market value.”

The semen is collected in the morning, then sent to the in-house laboratory for processing. Straws are then packed in tubes in sets of 15, with each tube in its own insulated pouch, which is then placed in an insulated box with internal and external thermometer and monitor alarm.

“Temperature is critical: The fresh semen needs to be stored between 15-18◦C with a protocol of 48 hours from collection at stud to insemination on farm,” she says. “We quality control check, retaining several straws for viability testing at 48 and 72-hours post-dispatch.”

Each bull will generate 100 straws per ejaculation and surplus is banked as frozen.

Fresh semen needs to be used within 48 hours after leaving the laboratory, so Cogent uses its reproductive specialists on the road to deliver fresh sexed semen to clients. “This way we know that the semen has been delivered in time, in the best condition and we can also arrange for technicians to assist insemination if required,” explains Miss Felstead.

Once on farm, fresh semen is less fragile than its frozen counterpart. With no need for thawing and a wider temperature range it has better ease of use with more viable sperm cells.

Monitoring temperature of the insulated packaging is advised every 30 minutes to ensure it keeps within its tolerances of 15-18 ◦c. Insemination should be carried out with the same equipment and protocols as frozen.

So what about the cost comparison. Surprisingly, cost differences between sexed frozen and sexed fresh are very little – both coming in on average at £28/straw. However, variations may occur depending whether heifers are on a synchronisation programme or not, as well as the additional costs of sweeper bulls.

“The gains in efficiencies from mobilising your heifers genetic potential as early as you can in the calving block will either result in a good breeding animal or a crossbred that has a beef market value,” reiterates Mr Linde.

In November 2019 dairy farmer Jack Mundy took the opportunity to try fresh SexedULTRA 4M semen on his heifers as it was well matched with the breeding dynamics of his herd.

Farming in partnership with his parents David and Debbie near Crediton, Devon, he runs 250 Irish Holstein Friesian x Norwegian Reds in an autumn calving block.

Usually Mr Mundy would select the best cows to be served with frozen sexed semen from Irish Holstein and Norwegian Red bloodlines, while the rest – including heifers - are served with Aberdeen Angus frozen conventional semen. All breeding stock are swept after AI service with Hereford stock bulls.

However, he decided to try fresh sexed semen on his heifers to up conception rates and improve his heifer calf ratio of 45% on unsexed semen.

“The conception rates can be better than with fresh sexed semen because it eliminates the losses you get from freezing and thawing- it also gives more control over heifers entering production and increases days in milk,” explains Mr Mundy.

Mr Mundy was given a list of three Irish Holstein bulls along with their attributes – all high scoring EBIs– from which one would be used to collect semen from. “I select bulls for good fertility and milk solids – it makes them easier to maintain as grazers rather than the high inputs you need with pure Holstein.”

The fresh sexed semen was delivered to farm in the morning by a Cogent AI technician. “The semen arrived in a temperature-controlled package and we inseminated all 63 heifers in about two hours using the same AI gun and insemination procedure I would with frozen. We checked the temperature every 30 minutes to make sure it wasn’t going outside the range of 15 -18 ◦C,” explains Mr Mundy.

Four days after insemination the Hereford bulls were turned out with the heifers and left with them for three weeks. Pregnancy diagnosis took place at 42 days post insemination with conception rates for fresh sexed semen coming in at 63% - equal to conventional frozen rates.

Economically, he is benefiting by bringing more heifer calves through to the first weeks of the calving block, gaining more days in milk and reducing additional rearing costs associated with age at first calving.

So what place does fresh sexed semen have in the farm’s breeding policy now? “The inseminated heifers are due to calve down this autumn,” says Mr Mundy. “I’m hoping that the fresh sexed semen will produce smaller heifers for an easier first calving.”. 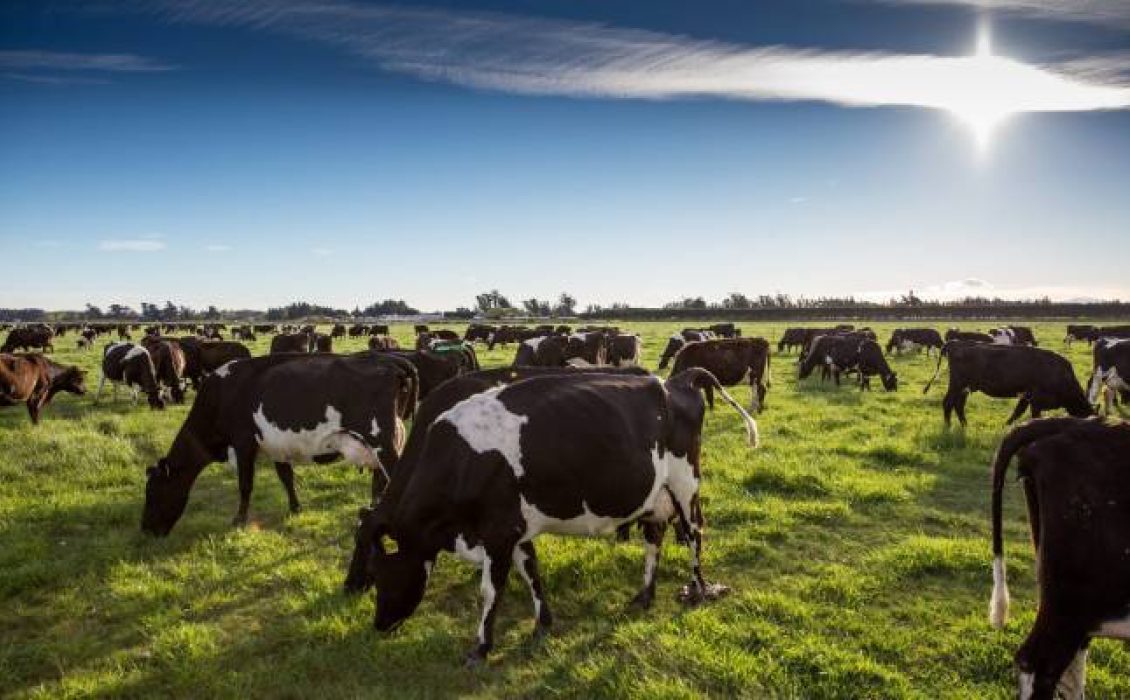